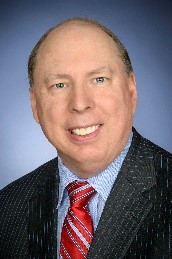 Co-Chairman CIT International Board of Directors

Communities large and small are seeking to discover better and more efficient crisis response services. When changes are mandated, community collaborations and partnerships are critical deployment ventures to ensure success. Advocates have long asserted law enforcement personnel often do not understand and sometimes do not receive adequate mental health training. Within the hearts of many are desires and passions to move away and forward to new layers of crisis services beyond traditional pathways of the past. CIT is the new awakening – More Than Just Training.

In 1988, Memphis introduced the first Crisis Intervention Team (CIT) as a result of community outcries from local NAMI members. NAMI voices challenged obvious unsuccessful mental illness crisis responses: “Can’t we (community) do better?” After a 1987 law enforcement shooting event the Memphis community followed leadership to develop, expand, and implement a new beginning: CIT partnerships voyaging a community exploration. NAMI persisted in steering pathways that were uncompromising – mental illness is a brain illness and respect and dignity are necessary components within hope and recovery. From this “heart” CIT breathed a unique identity – CIT is more than just training. The CIT foundational pillars supported principles of human dignity, understanding, kindness, hope and dedication. Processing and understanding CIT requires visions beyond traditional limitations that suggest “more” of the same will somehow illuminate a new awakening – not so, says those who see and understand the vision of CIT as a new heart – a “specialist” response.

Major Sam Cochran (ret.) is nationally known for his work developing the CIT model. He was the Coordinator of the Memphis Police Crisis Intervention Team (CIT) which started in 1988 from an outpouring of community partnerships. He holds a masters degree in Political Science/Criminal Justice from the University of Southern Mississippi. He retired from the Memphis Police Department after 33 years of service which include numerous assignments including Coordinator of the Memphis Hostage Negotiation Team. Retiring in 2008, Major Cochran joined the University of Memphis as a CIT Project Grant Coordinator and as Coordinator of the CIT Center. Major Cochran is passionately engaged in many services promoting CIT as a community program – more than just training. In addition to receiving the City University of New York (CUNY) John Jay College of Criminal Justice, Law Enforcement News Person of the Year Award (2000), the National Alliance on Mental Illness named an annual law enforcement advocacy award after Major Cochran.

Major Cochran has presented the Crisis Intervention Team model to numerous organizations and communities, including presentations on national public radio stations, CBS Television 60 Minutes II and at the White House Conference on Mental Health. Major Cochran has also written or contributed to articles that have appeared in several publications: Responding to Youth with Mental Health Needs: A CIT for Youth Implementation Manual and The Journal of the American Academy of Psychiatry and the Law, Community Mental Health Report and Psychiatric Services and Address Discrimination and Stigma Center (ADS Center).

Major Cochran continues in various training and consulting services: Shelby County Sheriff Training Academy Instructor, CIT Verbal De-escalation Trainer, assisting communities to visualize the “more” of CIT – beyond limitations of past experiments. His passion stems from tenacious efforts to reduce unnecessary incarcerations, injuries and deaths. CIT is not a panacea, but is a necessary start for our future – promoting excellent services with hope and dignity. CIT is the calling by which to embrace and capture a new “heart” – yes, CIT is “MORE” than just training.